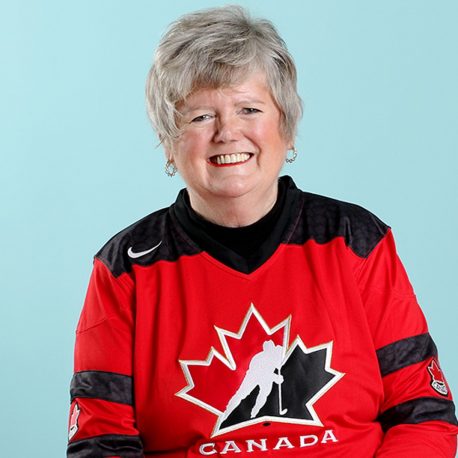 An original Kingston native now residing in Newmarket, Ontario, Rhonda was the chair organizer of the first Women’s National Hockey Championship in 1982, a founding member and the first director of the Female Council (a council which is still the voice for women in Hockey Canada today), and the first woman to ever sit on the CAHA (now Hockey Canada) Board of Directors. Her autobiography, titled “OFFSIDE – A Memoir – Challenges Faced by Women in Hockey,” is a compelling tale filled with colourful anecdotes that reveal the truth behind the place of women in Canada’s hockey world in the 1960s, 70s, and 80s. Rhonda aims to document this important chapter of women’s history, as well as inspire the girls of the future to take up the torch in the battle against gender discrimination. Moreover, a portion of all proceeds from the book will be donated to the Grindstone Award Foundation, a charity that enables young girls in financial difficulty to play the game we love—hockey. Rhonda presently works as the Director of Partnerships Globally for a New Zealand HR software company.