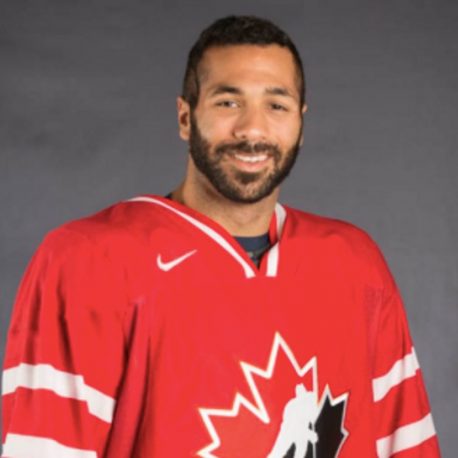 Kieran is a former Paralympic sledge hockey (parahockey player) who represented Canada at different times between 2011-2015. He was recently featured by Hockey Canada for having been the first Black sledge hockey player in the country as well. He came to the sport following a cliff diving accident in 2007 that shattered his legs. He has written a book about his experience titled The Ups and Downs of Almost Dying. Prior to sledge hockey, Kieran spent four seasons in the Western Hockey League with the Medicine Hat Tigers, winning the league championship in 2004. He was also a member of the University of Alberta Golden Bears in U SPORTS hockey. He earned an education degree at the U of A and is now a teacher in Edmonton. You can also find Kieran on the cover of the forthcoming hockey anthology from the University of Alberta Press, Overcoming the Neutral Zone Trap: Hockey’s agents of change.