The 2012 conference continued the occasional series of scholarly conferences on hockey begun at Saint Mary’s University (Halifax, Nova Scotia) in 2001 and most recently held in 2010 at the University of Buffalo (Buffalo, New York). The conference was a congenial gathering of people interested in hockey from a variety of points of view, including academics from a number of different disciplines, writers, ex- and current players and coaches, people involved in the business of hockey, and lovers of the game.

The 2012 conference was the sixth iteration and took place at Saint Mary’s University, in Halifax, Nova Scotia from July 12 – 14, 2012. Titled “Putting it on the Ice III – Constructing the Hockey Family: Home, Community, Bureaucracy and Marketplace”, the 2012 conference featured Keynote addresses, parallel sessions, panel sessions, literary readings and social functions. Download your copy of the 2012 Program.

Who Were Our Conference Organizers?

We are grateful for the support of our many sponsors and partner organizations. 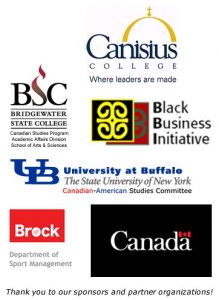