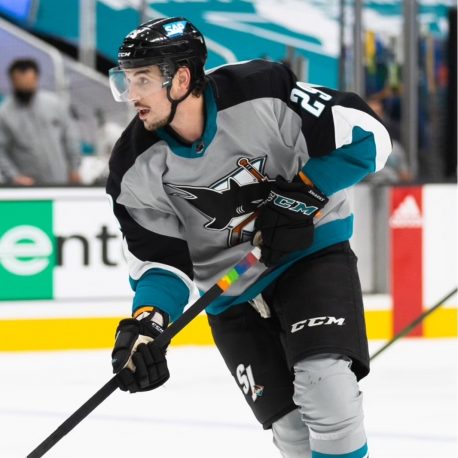 Kurtis Gabriel is a Canadian professional hockey player for the San Jose Sharks of the National Hockey League (NHL). When not being recognized as an enforcer on the ice, Gabriel is best known as an advocate for social issues related to gender and sexuality, suicide prevention and mental health, and race and racialization. He is the first NHL player to use Pride Tape (the rainbow-coloured stick tape) in a regular season game outside of an official NHL Pride Night. In 2020, he received an award from the American Hockey League (AHL) for his advocacy work in his local community. Gabriel’s path to professional hockey was not linear as he almost pursued college basketball instead and was also passed over twice in the NHL draft.